National Designation of the POW/MIA MEMORIAL and MUSEUM 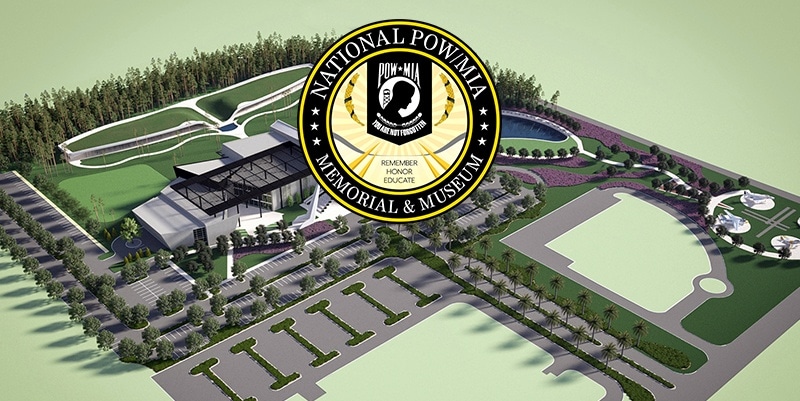 H.R. 5297 has officially been introduced in Congress and is a huge step to achieving a national designation.

Please sign our petition if you have not already and share with friends to help show support for the Bill to be passed. Thank you.

We are requesting your support to petition our leaders in Washington for a National designation to be given to the Cecil Field POW/MIA Memorial located at former NAS Cecil Field in Jacksonville, Florida.

The National POW/MIA Memorial and Museum at Cecil Field is located on 26 acres in Northeast Florida at the former NAS Cecil Field, Master Jet Base (now known as Cecil Commerce Center). The existing Memorial Park was dedicated to those Naval Aviators stationed at Cecil Field during the Vietnam and Desert Storm War eras. The site currently consists of markers and associated planted trees for each of the 16 pilots stationed at Cecil Field who made the ultimate sacrifice in the service of our country (known as Heroes’ Walk & Freedom Trees), a pavilion with a stage area, a starburst metal display of aircraft, and a granite base seal of this former Master Jet Base. Once a National designation is obtained, the site will be further expanded to hone POW/MIA services members of all military branches and will include a newly constructed Memorial and Museum. The City of Jacksonville previously approved a City Ordinance 2017-394 to lease this 26-acre property to the organization.

HONOR ALL FORMER PRISONERS OF WAR; REMEMBER AND NEVER FORGET THOSE MISSING IN ACTION HEROES AND THE FAMILIES WHO SEEK THEIR RETURN.

National Designation of the POW/MIA MEMORIAL and MUSEUM

Please confirm your signature by clicking the confirmation message you received in your email to be shown on the list.

THE CORPORATION’S FLORIDA CHARITABLE SOLICITATION REGISTRATION NUMBER IS CH51569. A COPY OF THE OFFICIAL STATE REGISTRATION AND FINANCIAL INFORMATION MAY BE OBTAINED FROM THE DIVISION OF CONSUMER SERVICES BY CALLING TOLL-FREE (800 435 7352) WITHIN THE STATE. REGISTRATION DOES NOT IMPLY ENDORSEMENT, APPROVAL, OR RECOMMENDATION BY THE STATE. THE CORPORATION DOES NOT HAVE A PROFESSIONAL SOLICITOR.
Cecil Field POW/MIA MEMORIAL, INC. is an IRS 501(c)(3), public charity. ID# 31954. Contributions are deductible.