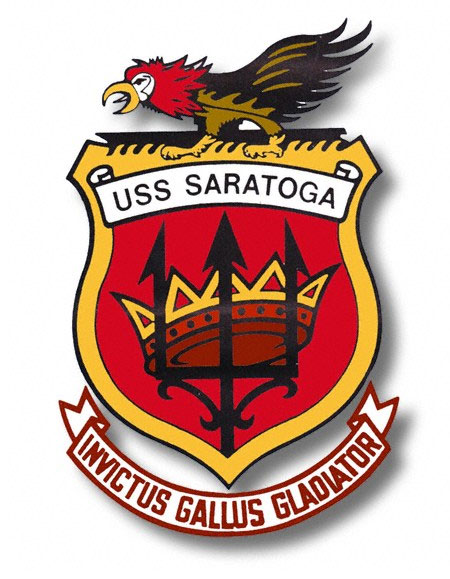 USS SARATOGA was the second ship in the FORRESTAL – class and the second “super – carrier” in the world. USS SARATOGA was the fifth ship in the Navy to bear the name. Commissioned as attack aircraft carrier CVA 60, the SARATOGA was redesignated as multi-purpose aircraft carrier CV 60 on June 30, 1972. Stricken from the Navy list on August 20, 1994, the SARATOGA was initially laid up at Philadelphia, PA., but was towed to Newport, RI., in 1998. During that time the carrier was on donation hold, however, on April 2, 2010, the Navy decided to scrap the SARATOGA. She spent the following years at Naval Station Newport awaiting her fate. In May 2014, the Navy announced that ESCO Marine of Brownsville, Tx, would scrap the SARATOGA for one cent. The carrier left Newport under tow on August 21, 2014, and arrived at Brownsville on September 15, 2014. 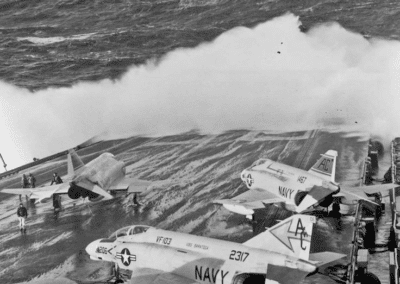 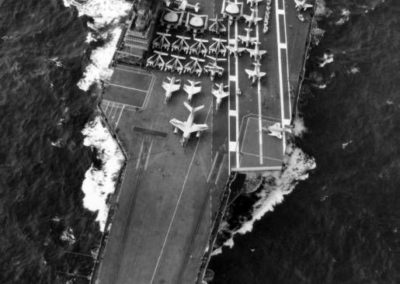 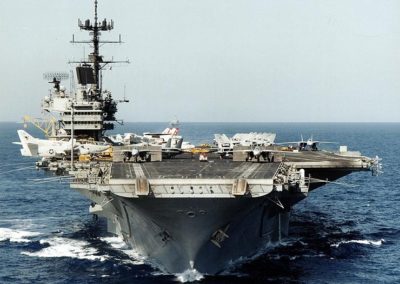 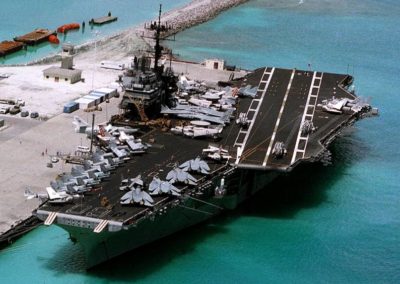 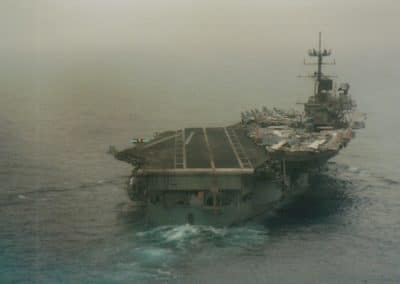 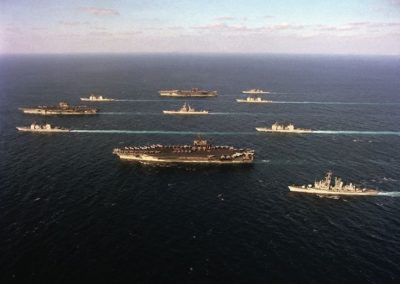 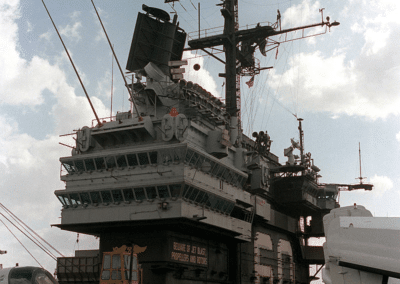 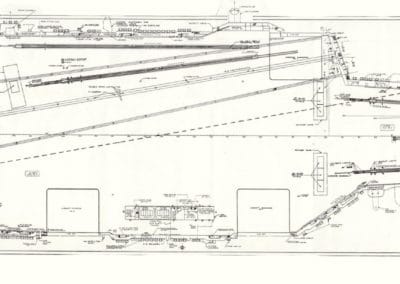