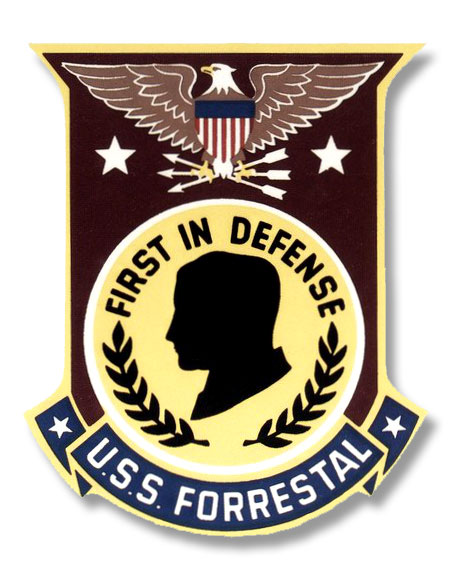 USS Forrestal (CV-59) (later CVA-59, then AVT-59), was a supercarrier named after the first Secretary of Defense James Forrestal. Commissioned in 1955, she was the first completed supercarrier, and was the lead ship of her class. Unlike the successor Nimitz class, Forrestal and her class were conventionally powered. The other carriers of her class were USS Saratoga, USS Ranger and USS Independence. She surpassed the World War II Japanese carrier Shinano as the largest carrier yet built, and was the first designed to support jet aircraft.

The ship was affectionately called “The FID”, because her namesake was the first Secretary of Defense, FID standing for “First In Defense”. This is also the slogan on the ship’s insignia and patch. She was also informally known in the fleet as the “USS Zippo” and “Forest Fire” or “Firestal” because of a number of highly publicized fires on board, most notably a 1967 fire in which 134 sailors died and 161 more were injured.

Forrestal served for nearly four decades in the Atlantic, Mediterranean, and Pacific. She was decommissioned in 1993, and made available as a museum. Attempts to save her were unsuccessful, and in February 2014 she was towed to Brownsville, Texas, to be scrapped. Scrapping was completed in December 2015. 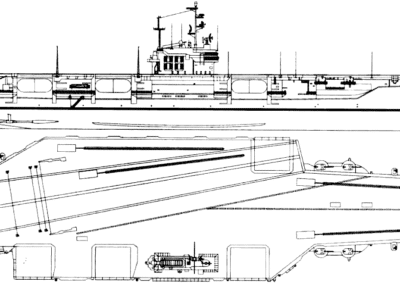 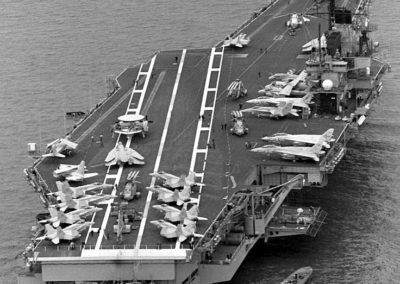 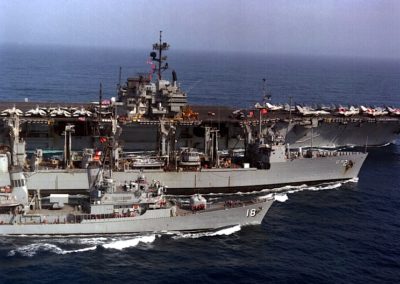 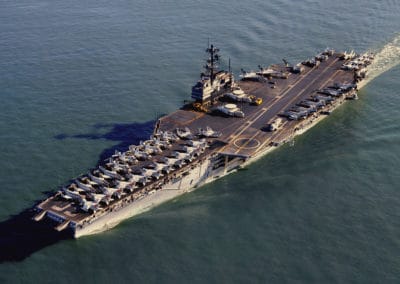 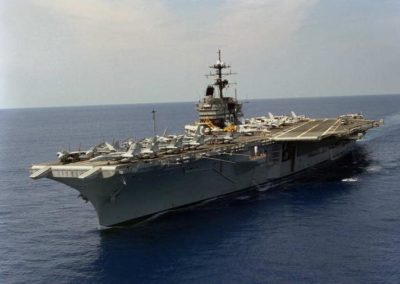 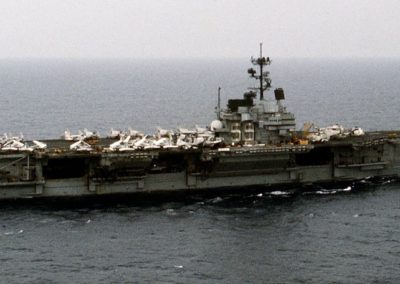 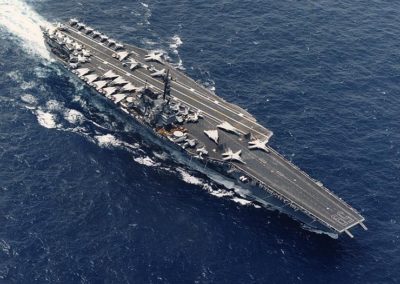 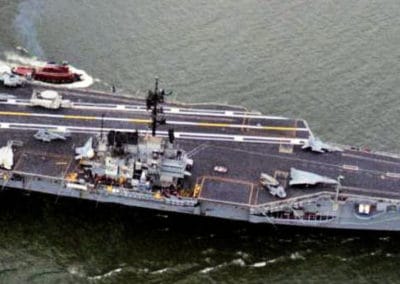 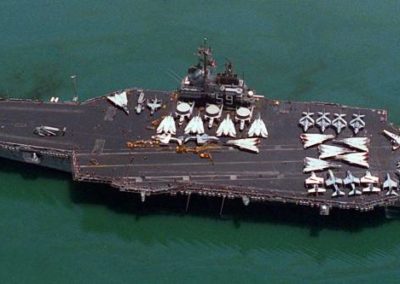 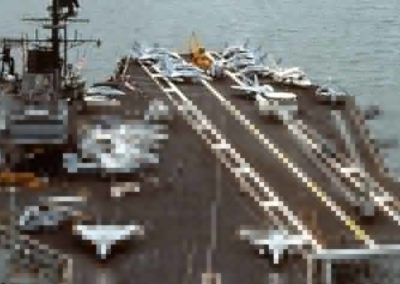 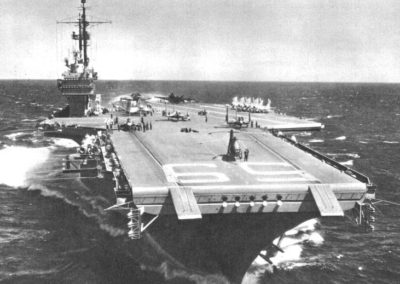 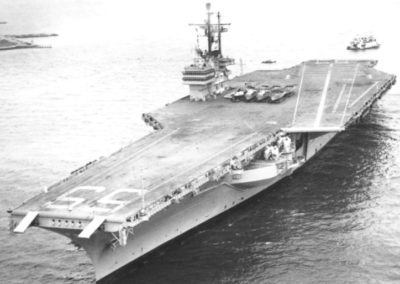 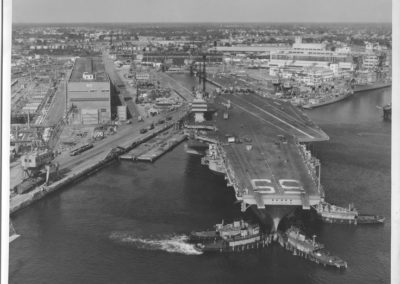 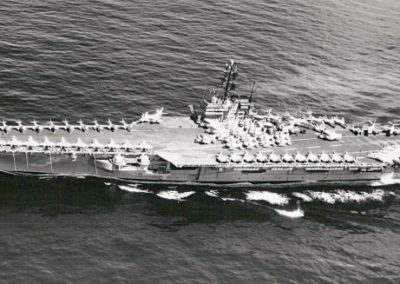 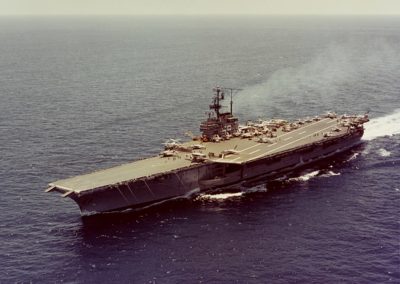 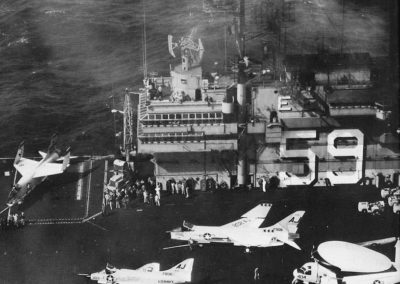